Flicka is a stunning little pony who was rescued with 3 other ponies.  She is Piper's half sister.  Flicka had been very badly abused by people.  We try not to force our equines unless absolutely necessary.  It took 3 months before Flicka would allow us to touch her.

Flicka still has severe trust issues with people and only allows a couple of people to handle her.  Flicka is not aggressive towards people but she will do anything to get away from them out of fear.  It is very sad to see any animal this fearful.  Jo ground trained her to accept being groomed, bathed, touched all over, hooves trimmed, lead and load in the trailer but she will only accept a few people who she knows very well to touch her.  We tried adopting her out after she completed her ground training but we were called 2 weeks later to pick her up as Flicka has regressed to being totally fearful again.  It took Jo several weeks to get her back to being handled again.

Flicka is a long term resident at W.A.R.  She has proven to be a great companion pony.

Thank you for helping to provide Flicka with a long and happy life at W.A.R. 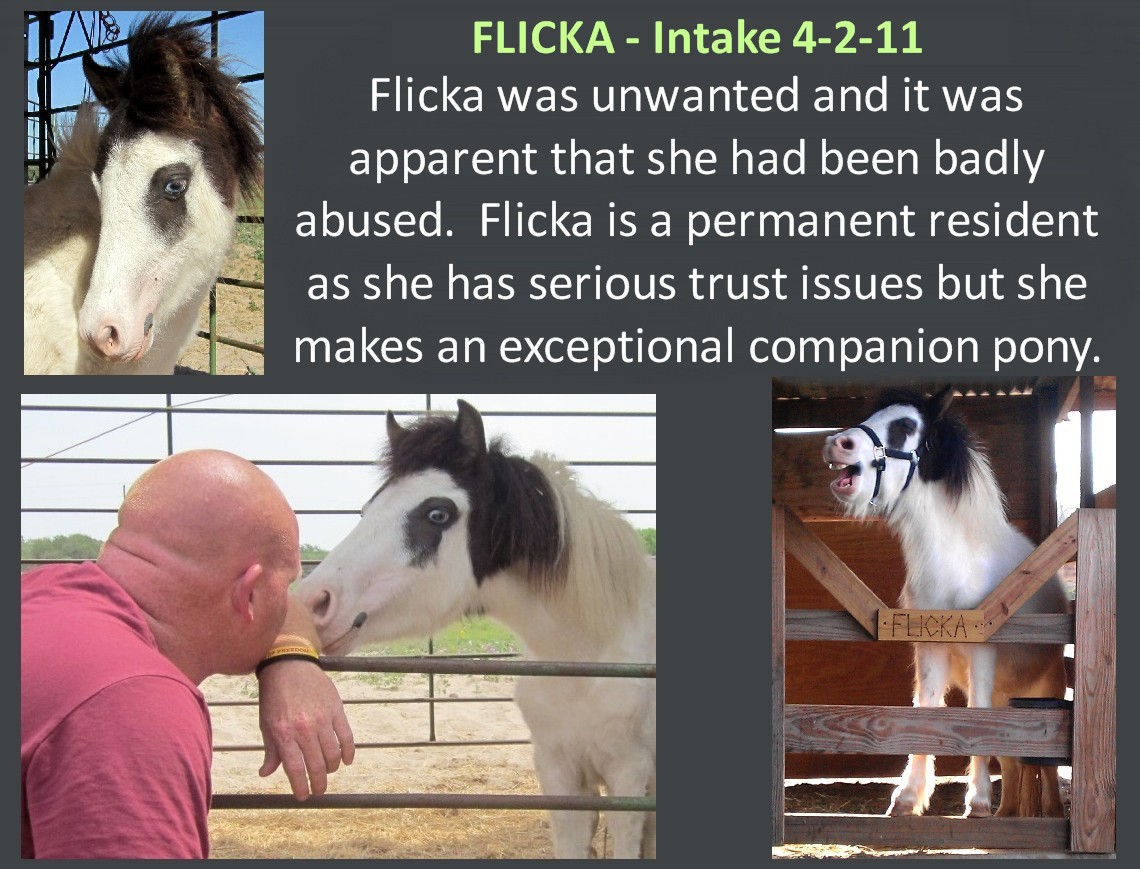 Flicka with her sponsor, Martha 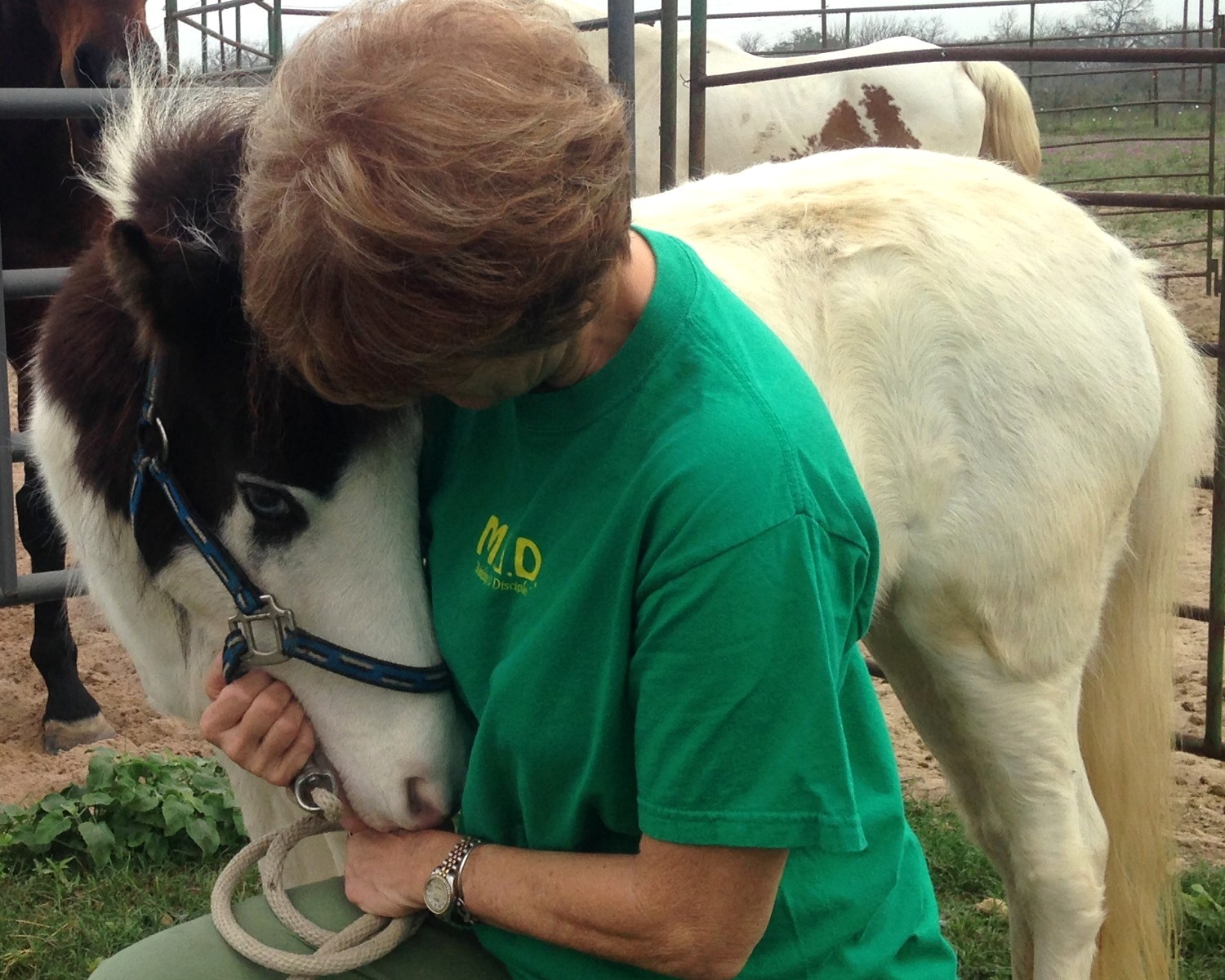